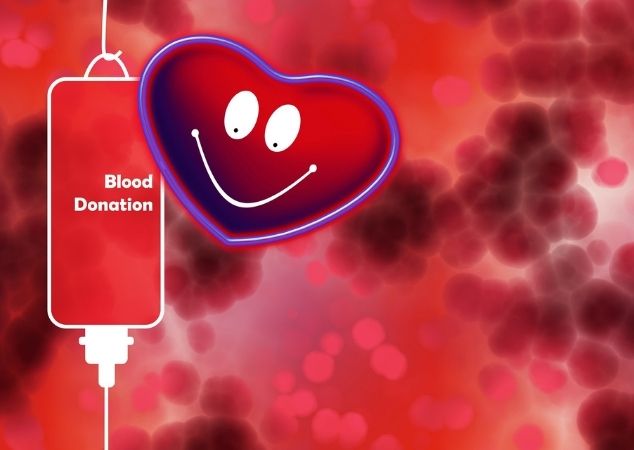 The blood donation involves taking a certain volume of blood from a healthy subject, called donor, and then can be transferred to another entity, called receiver, which has need of blood or one of its components. The donation of blood is a voluntary act, a gesture of little effort but of great solidarity. Donor blood is in fact an invaluable resource from a therapeutic point of view, as many surgeries and many diseases require large blood transfusions.

Good state of health. For the first donation, aged between 18 and 60, for regular donors up to 75 years. Regular donors over the age of 65 and up to age 75 must be authorized by the doctor responsible for the donation at certain intervals.

Weight of at least 50 kilograms. The blood volume drawn should be less than 13% of the total blood volume. With a weight of less than 50 kg this requirement can no longer be guaranteed.

No major surgery and no births in the past 12 months. Bleeding can occur during operations and deliveries. The body needs all of its reserves to heal as soon as possible.

No risky behavior (drugs, new or numerous partners). According to statistics, certain behaviors hide the risk of transmitting dangerous infectious diseases. In the interest of the recipient of the blood, so-called risk situations must be considered.

Waiting times when staying in countries with specific infectious diseases. In many countries there is a high risk of contracting infectious diseases such as malaria or West Nile virus. In order to exclude as much as possible the risks of transmission for the recipient of the blood donation, the waiting times prescribed for each country must be observed.

No stay longer than six months in the UK between 1980 and 1996. The UK includes England, Wales, Scotland, Northern Ireland, the Isle of Man, the Channel Islands, the Falkland Islands and Gibraltar.

No blood transfusion since 1980. The reason for the last criteria 9 and 10 is based on vCJD disease (variant Creutzfeldt-Jakob disease). Since 1980, numerous cases of this disease have occurred in Great Britain and Northern Ireland. Since transmission via blood cannot be ruled out, Swiss Transfusion CRS had to introduce this preventive exclusion.

Charity: how effective is giving?